Mid-Month Reminder of upcoming absence due to DDLM

In recognition of the Day of the Dead, Dr. Ferreira will be making her annual trip to visit the gravesite of her mother Evangelina Rodriguez Ferreira. She will be traveling to a remote part of Michoácan, Mexico, where her family resides. For that reason Empowered Healing Center will be closed Monday October 31st through Friday November 4th.

**Dr. Ferreira will not be in the country or reachable. However if you need to reach the clinic during the week of November 1st through the 4th, we will be attending calls to schedule/cancel appointments.**

Please make sure to have everything you need before the week of her absence.

**If you need a refill for a prescription** please make sure to reach out to your pharmacy as soon as possible so they may send us the refill request electronically and/or via fax. Upon the receipt of the request it allows us to allocate it to your chart and put it in for Dr. Ferreira to review before her departure.

We wanted to share with you information about Michoácan’s history and rich traditions, which Dr. Ferreira is proud of her heritage.

Day of the Dead is one of Mexico’s most revered and unique observances, combining Pre-Hispanic rituals with Catholic traditions. During this time, families gather to remember their departed loved ones. It is believed that through this reflection and memory, they are kept alive! Altars are prepared and grave sites are decorated with candles, flowers, and the food/drink that the departed enjoyed during their lifetimes. Likely, this includes mole, tamales and mezcal!

Mexico’s Monarchs Return for the Day of the Dead

All Souls Day, observed on November 2, is a little-known holiday in most of the U.S. outside of some Catholic circles, but in Mexico, the date is heralded by a remarkable natural phenomenon that happens each year in the fir-clad mountains [of  Michoácan], in central Mexico.  Like clockwork, millions of monarch butterflies return to these remote forest sanctuaries during the Día de los Muertos.

Since pre-Hispanic times the Purépecha Indians, [the indigenous people of Michoácan], have recorded the arrival of the long, flowing cloud of orange-winged butterflies that pours into the Sierra Madre hills above the village of Angangueo at precisely the same time each year.

Each year during the Day of the Dead, local people honor the spirits through festive events focused on the butterfly migration. Historically, this holiday time is one of remembering and rejoicing for the deceased, whose earthly bodies are exchanged for spirits ready to move to the next realm, unencumbered by worldly woes as they transition ultimately to heaven. The gossamer-winged butterflies are thus the perfect manifestation of such liberated souls.

They believe that human souls do not die, but rather continue living in Mictlan, a place for spirits to rest until the day they could return to their homes to visit their relatives. Later, as Catholic traditions intermingled with indigenous cultures, the monarch butterflies came to be regarded as the souls of departed ancestors returning to Earth for their annual visit.

The state of Michoacán in west-central Mexico is where the butterflies add a vibrant touch to Day of the Dead celebrations. Some 300 million “mariposas” are currently arriving there, having traveled over 2,000 miles from the northeast U.S. and southeastern Canada. The monarch butterfly migration remains a mystery to scientists, who aren’t yet certain how the butterflies manage to find this small, isolated sector of oyamel trees that they have never been to before.

“The butterflies represent the souls of the dead, when I see a butterfly I think it is one of my grandparents, or one of my uncles or one of the little angels” 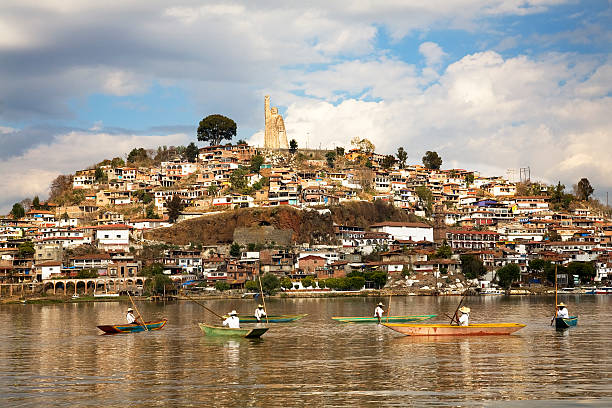 Pátzcuaro, Michoacán, holds a world-famous tradition that is recognized for its breathtaking emotive customs. So recognized that creators of the famous Disney movie Coco inspired many of the events and images in this town.

Pátzcuaro has an unparalleled charm; there’s a reason ancient inhabitants of Michoacan, in the times of the Purépecha reign, chose it to be a place of recreation for the indigenous nobility, and in turn, a place of worship in their temples. Its name means “la puerta al cielo/the gate of heaven,” since it was believed that the gods ascended and descended here, and it was the main religious center of this civilization. They were not far from reality, because the city and its surroundings are peaceful and beautiful places.

The Island of Janitzio, located in the center of Lake Pátzcuaro, becomes the epicenter of Day of the Dead celebrations in the region… It all begins before midnight on November 1st with songs and traditional music, among which the danza de los pescadores, or the dance of the fishermen, stands out as a typical tradition worth witnessing… When sailing, these same fishermen illuminate the lake with their rafts, creating a breathtaking path of lights.

In communities such as Santa Fé de la Laguna, Cuanajo, San Andrés Tziróndaro, and San Jerónimo Purenchécuaro, attached to their traditions, they also make ofrendas inside their homes and the beauty of these is such that they were another source of inspiration for the famous Disney movie Coco—there are rumors that the Disney character “Mama Coco” is real and lives in the town of Santa Fe de la Laguna. 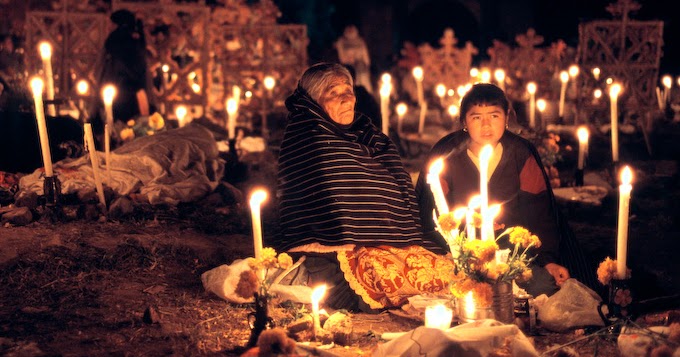 María Salud Ramírez Caballero is the name of the woman who inspired the character “Mama Coco”. It was not recognized by the production of the film Coco, but it was recognized in her locality. She is uninterested in money and claims to be content with the way she has adjusted her life since being identified as Mama Coco, Miguel’s great-grandmother and a prominent character in the Pixar film.

María Salud Ramírez Caballero was born on September 16, 1913 (in 2022 she turned 109 years old). She was photographed by the production and chosen to be the ambassador of the artisans of this region by the communal and artisan authorities of her village, as well as the municipal of Quiroga.

As a consequence, the city of Santa Fe de la Laguna became more famous and welcomed more tourists. Despite that, Ramirez Caballero said that she is not looking for recognition or money, although the way her life has changed after the movie’s release made her happy. 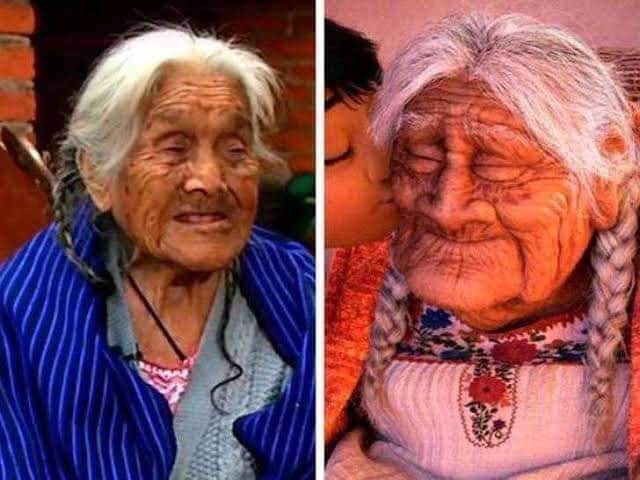